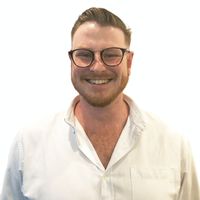 “I had no idea you battled with depression”

My boss, Richard Smith, broached the subject with me recently during a one to one weekly catch up. I had discussed it with our CEO, Elliot Dell, on his last visit and he had passed it on to him. It’s not something I had intended on discussing with Elliot, or Rick for that matter. But during a catch up with Elliot and talking on the impact of positive thinking and self-talk, it came up.

I was diagnosed around 8 or 9 years ago, and since have been through cycles of medication, talking with Psychologists and unpacking how I got to this place, and learning to cope. It’s been a period of numerous ups and downs, and through it I’ve figured out my triggers and what keeps me afloat. Like all lifelong illnesses, this is something that needs to be watched and managed.

I moved to a new country around a year and a half ago, and soon after I slipped into quite a bad period of depression. I had left my partner of 5 years (now my wife) knowing we would only see each other every 3-4 months. I had left my siblings, all of my wonderful friends, who know me and my struggles. I had left the safety of what I knew, and my routines, all for this great new adventure.

About 2 months in, amidst the home sickness, dealing with the unfamiliarity of a new country and all its cultures, adjusting to a new job and all the new characters I work with, I stopped taking care of myself. I started the alarmingly quick spiral back into depression. It’s a bit of a vicious circle, as all of your energy goes into putting on a brave face, appearing normal. You get home at the end of a long day at work and you’re utterly drained. Doing the things you need to do to maintain balance becomes more and more of an effort. “I really should go to gym, walk, something…” you think. But just the idea of changing clothes exhausts you. You’re too knackered to cook so out comes the food ordering app, comfort food the obvious choice. You pack on the weight. Your self-image goes to heck. You feel worse. It gets harder and harder to pull yourself back.

Some of you will be familiar with this.

My wife will tell you about the late night/early morning phone calls where all I did was sob uncontrollably, not sure if I was going to make it through this adjustment or what it had done to me.

All the while at work, I looked like the same old Barry.

Generally, I’m pretty excitable, I can be loud and boisterous and happy, I get involved in the banter flying about… In short, I don’t look depressed, I don’t sound depressed, I don’t act depressed. But that’s the thing, isn’t it? How often have we heard of someone taking their lives and those around them lament “but I never knew”?

It’s mostly a silent struggle. And it really shouldn’t be. Depression is harder to deal with alone.

I probably should have brought it up sooner! Elliot spoke on how several of my international colleagues have wrestled with the black dog, and with the support of the company, have gone on to battle through, overcome their depression and build successful careers, no longer bogged down by the baggage of having to put on a brave face every day.

“I had no idea you battled with depression” …

It’s not that I didn’t trust Rick enough to tell him, and to be honest I only told Elliot as it felt right in the context of what we were discussing. I knew it was a safe space. It’s just something I’ve always kept closely guarded. Something only family and my closest friends know. On reflection, I just didn’t want to have my battle with depression define who I am in the workplace. I wasn’t ready to have my actions measured against it. I had no idea there were others who had been in my place. I felt alone. What my discussion with Elliot, and later Rick, revealed, was that I work in a company that wants to make it as easy as possible for me to deal with it, and to succeed beyond that.

More than just the support that has been offered, this discussion highlighted the point of being open about our struggles in order to light the way for others to do the same.

Depression is so hard to deal with, and it’s so much harder alone – no matter how strong or independent you may be.

If you can find the courage to tell people around you, you might just be surprised by how well it goes.

You may just find out you’re not alone. 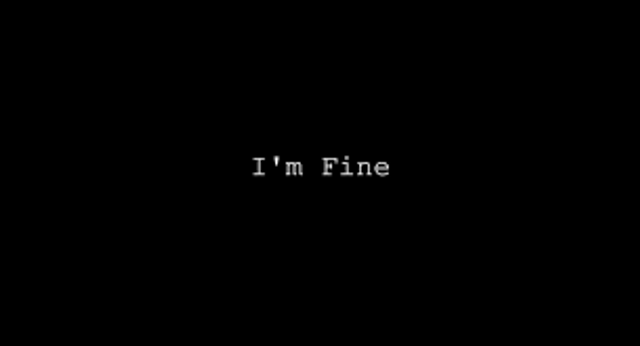