Let me start by saying that while I’ve lived in Asia for 10 years, I’ve lived in Malaysia for less than 2 years so I’m far from expert. However, I have been on the ground long enough for the recent World Happiness Report 2019 [1] to make for some interesting reading.

According to the WHR 2019 – for those that haven’t seen it – Malaysian’s are substantially less happy than they were in 2017. Malaysia placed #40 in that edition of the report. This year’s report saw Malaysia fall to #80, making it one of the biggest losers in the 2019 report alongside such company as Venezuela and Ukraine…

I’m either living an extremely sheltered existence in Malaysia or there’s considerably more to the numbers than initially meets the eye.

The report analyses several key factors which can be summarised as: happiness; worry; social support; freedom; corruption; generosity; GDP; life expectancy. Each category is scored individually, all scores are then collated, and an ultimate ranking is determined.

So, what did this year's report really tell us?

To put this in layman’s terms, nominal GDP looks at the ability to buy an internationally traded good (e.g. an iPhone). By contrast, GDP in terms of PPP looks at the ability to buy a locally produced good. So, while many Malaysian’s are earning more than ever, locally produced goods (e.g. property… or something as simple as lunch at the local mamak) are more expensive than ever.

Malaysians are a generous bunch.  Malaysia ranked highly in the generosity index with 44.9% donating to charity and 29.5% volunteering their time for worthy causes. However, the 2019 report saw a fall in ranking for Social Support.

The WHR defines Social Support as: “If you were in trouble, do you have relatives or friends you can count on to help you whenever you need them, or not?”. There’s certainly no lack of willingness from Malaysians to help others when they can, so is it as simple as the rising local costs in Malaysia limiting disposable income and hampering the ability to help others?

Like many people, I’d historically thought of life expectancy as impacted by citizens living longer. The reality is that the key driver is most impacted by a reduction in the number of people that die young.

While people are living longer than ever in developed economies, does the common perception of a longer life expectancy also feed into Malaysians’ ‘worry’ as the local cost of living rises at an ever-increasing rate?

1MDB first came to light in 2015, but the true extent of it unraveled in a very public fashion over the past 2 years. Global coverage led to increased domestic scrutiny, amplified by pre-election politics and post-election revelations confirming what many citizens suspected.

Corruption as a theme was thrust to the forefront of conversations in kopitiam across Malaysia in the run up to elections. Did this contribute to an increased cynicism toward those in the upper echelons of government and business which saw Malaysia fall below Afghanistan?

Freedom’s a broad and complex concept and certainly relative since several traditionally authoritarian nations polled high on freedom. While Malaysia is not the most liberal nation, it’s certainly progressive in areas. When all is considered in a Malaysian context, perhaps the modest decline in perceived freedoms can be attributed to a decline in local spending power and some of the sentiments created by 1MDB?

My personal takeaway (disclaimer: as a non-Malaysian with almost 2 years living in Malaysia) …

… is that the global coverage received by the 1MDB fallout and increased domestic scrutiny confirmed what many citizens already suspected. Sentiments in certain camps were at an all-time low towards those with power and this meant an anomalous showing for Malaysia in this year’s WHR.

According to one appendix, life satisfaction often relates to intent to vote for the governing party in an election year since humans crave stability vs. instability. On the ground, current sentiments seem generally positive and post-election has seen a degree of predictability restored (as would naturally be expected).

I’m looking forward to Malaysia returning to its former glory in WHR 2020 and WHR 2021 as domestic initiatives, particularly as those around the digital economy bear fruit and certain negative stressors are reduced. 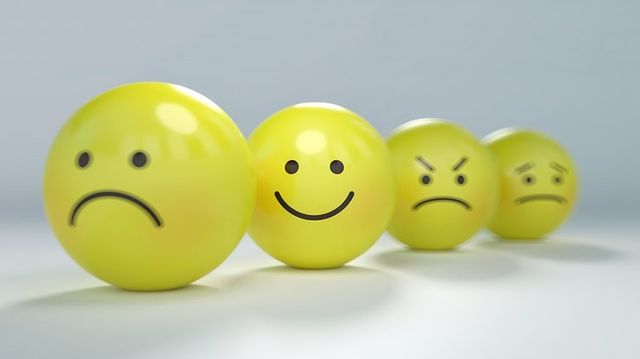 The Need for Effective Communication during a Pandemic..
Tasnim Rangwala
repost  cancel