Here in New Zealand, it is Matariki.

Matariki is the Māori name for the cluster of stars also known as the Pleiades. It rises in mid-winter and for many Māori, it heralds the start of the Maori new year. Matariki literally means the 'eyes of god' (mata ariki) or 'little eyes' (mata riki).

With this in mind.  I thought I would post a biography of my great grandfather Albert Oliphant Stewart.  Oliphant is our family name used to identify our line of Stewarts.  The family name was dropped two generations back but last year when my son was born, we introduced it again.  William Michael Oliphant Stewart.

But for now the focus is on Albert.  Albert is of Maori decent and has lines through to the mighty Mataatua.

Considering the times he lived and uncertainty around the first and second world wars plus racial tension and economic depressions etc, Albert lived a stunning and simply amazing life.

His mother passed when he was four and then subsequently adopted out to the Chief of Ngati Hokopu.  Now a Chiefs son, Albert was mentored and raised by Chiefs. Strong.

Albert attended Poroporo Native School before going on a scholarship to St Stephen's in Auckland.  He was smart, very smart.  A scholarship was unheard of especially for a Maori boy.  Fast forward to 1907 and he found himself in Gisborne and marrying Adeline McKay and popping out 11 kids.  Adeline descended from prominent Chiefs also making the match a strong one.

1908 Albert became a licensed interpreter and spent time between Whakatane and Gisborne and ultimately moving the family to the happening town of Whakatane. This was after turning down a senior role in Wellington government but saw their future in Whakatane.

Albert acted as an interpretor to Rua Kenana.  Rua Tapunui Kenana was a Māori prophet, faith healer and land rights activist. He called himself Te Mihaia Hou, the New Messiah, and claimed to be the notorious Te Kooti Arikirangi's successor.

1923 Albert became the Maori Representative on the Whakatane Harbour Board

Albert was a strong fighter for human rights and Maori cultural and land rights and became well known for not backing down.  He is well documented for taking the Church on, particularly Bishop Liston for services to elderly Maori.  If you know Whakatane you will know of the “big rock” in the middle of the town.  The borough council and chamber of commerce wanted to blow this up and use it to make roads.  The rock has huge cultural ties to early Maori and in short, Albert petitioned for rock to stay but lost, so he gathered Chiefs and Maori leaders who dressed in Maori cloaks and surrounded the rock in protest until the councils yielded.

It is also believed that Ngati Awa signed the Treaty of Waitangi at the base of the rock.

Albert fought for the rights of Maori to retain their customary food, fishing, and shellfish gathering rights, especially when he thought they were being encroached upon by Pakeha and by legislation. He spent £2,000 of his own money fighting in the courts for the return of Ngati Awa land that had been confiscated by the Crown. The land was not returned to Ngati Awa until many years after his death.

Albert was a member of the Mataatua Maori Council and was also elected chairman of the Ngati Awa tribal committee. During the 1940s and 1950s he was the Maori rate collector for the district. He kept the books for many areas of land under multiple ownership, making sure the owners paid their rates, and often paying them himself in cases of hardship in a bid to keep the lands in Maori hands.

Love sports? Check this out…

Albert was a staunch advocate for inter-racial sports teams which often landed him in hot water. But the human rights activist in him nearly always won!

Controversially he was the founder and president of the Mataatua Lawn Tennis Association, a life member and patron of the Whakatane Rowing Club, captain of the Mokoroa Golf Club, and involved in the formation of the first Whakatane golf course at Apanui, he himself having a single-figure handicap.

Albert was a national Maori rugby selector, President of the local Rugby union and appointed Maori delegate to the Bay of Plenty Rugby Union and patron of the Whakatane United Rugby Football Club.

In 1927, Albert acted as TE Rangihiroa, Lieutenant to Te Kooti in the movie The TeKooti Trail.

The preservation of Maori knowledge was important to Albert. He was a member of the Whakatane and District Historical Society, and contributed papers on various aspects of the history of Ngati Awa and Mataatua districts.

Albert Stewart died at Whakatane on 3 April 1958, survived by his wife, five sons and four daughters.

So there it is.  My great grandfather Albert Stewart.  Activist, politician, philanthropist, actor, businessman, athlete, scholar and someone who lived a full life during a time when you were lucky to get a job fixing fences.

I am inspired by Albert and hope that his spirit continues to live through all of his whanau including my boy William Michael Oliphant Stewart.

Matariki is the Māori name for the cluster of stars also known as the Pleiades. It rises in mid-winter and for many Māori, it heralds the start of a new year. 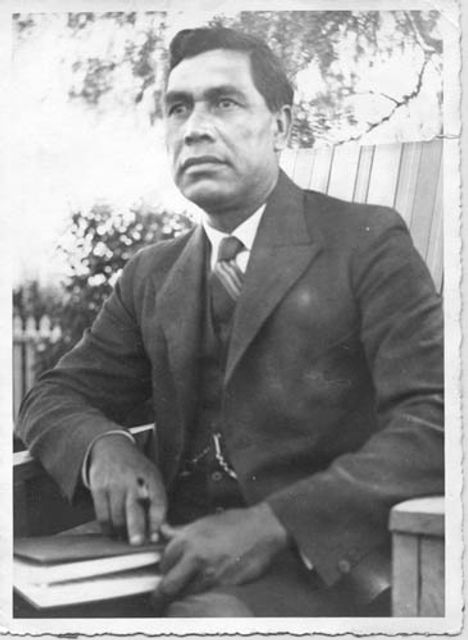 This week, a team of volunteers will begin planting 20,000 native trees at Manurewa's Totara Park as part of this year's Matariki celebrations.

The trees have been grown from seed by inmates at Auckland Prison.https://t.co/dnjKkFDNqf

Rotorua will light up with arts, crafts, music and performance for Matariki and the annual Colour the Night festival.https://t.co/iYb9kNIzCY pic.twitter.com/JA7M5AmKGc

Just enough sun to make a rainbow in the mists over the hills, on this the Shortest Day, the Winter Solstice, Matariki. May the light of hope and justice persist the same. 🌈 🌌 #solstice #yule #māorinewyear https://t.co/tZqb63HNkL pic.twitter.com/8RJDuEGbt7

Today is Winter Solstice - the shortest day and longest night of the year. Here in Aotearoa, Matariki is also linked with the winter solstice. Are you... https://t.co/X3zgM2GrpK

ANZAC Day in New Zealand - What it means to me
Salt

Sports and Business - it's all training and goals!
Salt

Tim Ferriss the king of re-direction not rej#ction.
Salt
Recent posts from Salt