“Michael, in 3 years you can say you were here when it all happened. YOU were here for the beginning”

During a conversation with a client last night that sentence brought some clarity to what had been a bit of a funny day. You know, one of those days where you are being a busy fool. No time to eat lunch, no time to reschedule THAT dentist appointment as you are just SO busy. When in reality, you’re not actually achieving anything you set out to do.

“Michael, in 3 years you can say you were here when it all happened. YOU were here for the beginning”

That sentence - spoken to me by the Sales Director of a business who has just secured $18 Million of Series B Investment to go global – is still thudding away at the forefront of my thoughts today. Currently, a colleague and I are working with this woman to build her UK Sales team as they are new to the UK market and need some corker sales professionals to assist in the international scaling of the business.

An inspiring Sales Director, freedom to apply your own sales approach, no targets, no phone bashing, networking events & buckets of earning potential. The ability to say that you were here when it all happened, that YOU were here for the beginning. What’s not to get excited about?

Fear. The fear of the corporate giants in the Canary Wharf and city skyscrapers leaning over the tech hub in Shoreditch and casting a big dark shadow.

A sales professional who has been in his entry-level role for 3 years now, walks up to the window in the big fancy building and goes to peek out the blinds to the job market below. An arm, dressed in a shirt, expensive cuff links, and Rolex watch smacks the hand away from the blinds with promises of progression and a £1,000 pay rise.

Let’s not JUST bash the corporates, because start-ups have their drawbacks too. Let’s jump on the tube to the tech hub of London; Shoreditch. Disclaimer: if you don’t like Avocado, you better start immediately.

A different sales candidate gets off the train in Shoreditch and heads to a kitten café where she overhears two frustrated people talking about work. They work for some MarTech start-up who are only 3 years old, but the client base boasts eBay, Booking.com & ASOS. On Monday, they had to clear their own beer bottles away from their Friday beers. They don’t have their own desk, they have to HOT DESK. And worse, there’s nowhere to request annual leave, you just have to put it in Outlook. Nightmare.

This all goes back to my initial statement so if you’ve made it this far thank you. I guess I’m trying to get a message out to sales professionals with a mountain of options. Here are some things to think about when making your next move and the “S” word arises.

ENGAGE with the opportunity and ask:

A word that is loosely thrown around in any recruiter job advert, any probation meeting and any “motivational” Monday morning meeting with your sales manager. If you’re thinking of starting with a start-up that has growth plans, then think about the GENUINE progression available.

Let’s say you’ve been offered a position at a start-up as a first sales-person-on -the ground. Great. Don’t panic, embrace it. Ask “What are the plans to grow/increase the sales team in the next year?” Could it be to increase it to 5 salespeople? If so then you are more than likely going to progress NATURALLY into a managerial role. Compare it to the corporate giant in the city whereby the sales manager has been there for 10 years and there’s 25 of you who want the job?

I’m not talking about closing a deal or booking a meeting with that difficult prospect who has declined your LinkedIn request several times. I’m talking about seeing this as a business opportunity rather than a 9-5. Work smarter with a start-up and get yourself to the top WITH the top.

“Who is that man in the suit that all of the directors are fussing over at the door? I’ve never seen the CEO make such a fuss” – It’s happened to all of us. Someone senior has walked through the room with someone official-looking and you don’t know what on earth is going on but your nosey self WANTS TO be introduced, after all, you just closed a £500K deal.

Let’s flip this around to a start-up business. As the business grows, you know the suppliers, the reps, and the partners. You’re involved now.

So, you’ve been offered a position at a start-up that has just received a £100 Million investment. It’s massive in New York, doing well in France but hasn’t quite taken off in the UK yet. You could have a clean run at a new territory or you could work for a corporate company who are giving you a territory whereby you’re blacklisted, have hassled the gate-keepers to exhaustion.

This is a candidate-driven market and not everybody is the same. We will all have our own preferences around working for Start-ups, SME’s and corporates. But what I do believe in is that great things can happen when you step out of your comfort zone.

I also believe that I work with some of the best companies that you’ve never heard of, so, let’s have a conversation about your next move. And hey, even Virgin was a start-up at one point ... 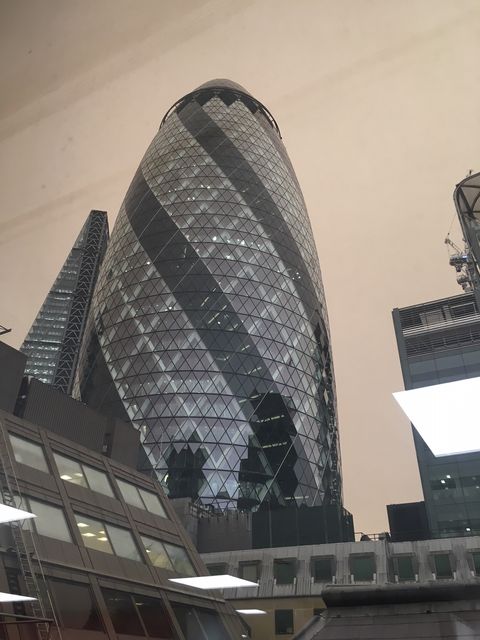 Millennial's: Running around like they rent the place.
Salt
Recent posts from Salt