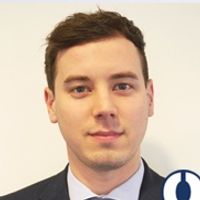 Things in Australia are certainly hotting up and it’s not just the weather!

The ‘Digital Boom’ is set to continue and with Christmas and the New Year just around the corner, it looks like it will be another good year in the Tech Industry.

Analytics & Artificial Intelligence (AI) – It is widely predicted that 2018 will see a large growth in Analytics and AI as companies will start to see a real return on their investments and Gartner has forecast that AI will be a major battlefield for technology vendors.

Internet of Things (IoT) – In 2017, IoT continued to impress and is now everywhere you turn. It has been predicted IoT focused roles will continue to grow thanks to the introduction of Edge Computing which helps to reduce communication bandwidth and eliminates latency.

Digital Twins – Refers to the digital representation of a physical object, model or process. Although the concept of Digital Twins is not new, thanks to impact of IoT it is now set to be one of the biggest tech trends over the next few years. Gartner has predicted by 2021 that half of large industrial organisations will use Digital twins, resulting in a 10% improvement in effectiveness.

Immersive Experience – Although both Virtual Reality (VR) and Augmented Reality (AR) are still in the early stages of their inception, there has been a great deal of interest in them throughout 2017 and this looks as though it will continue to grow in to 2018.

Blockchain – This year Digital Currencies finally hit the mainstream spurred on by the dramatic rise of Bitcoin and according to Forbes, Blockchain-focussed start-ups raised $240m of investment in the first half of 2017 alone. This trend is set to continue as we move in to 2018 due to these key factors; More use outside of finance, Blockchain meets IoT, Smart Contracts and potential state sanctioned Crypto-currencies.