"Women can be powerful. Women can be likeable. Being both is hard to do.” says Fortune editor Patricia Sellers

There is a positive correlation between power and likability in men. However, women more often have to make a choice. Women are expected to be nice, friendly and warm so if a woman acts assertively or competitively she is deviating from the gender stereotypes which are ingrained in all of us from childhood. Women get penalised more if they offend others because it's deviating from the social script of how she should act.

Due to this women are constantly self-monitoring and this self-monitoring means we appear hesitant. We aren't able to express our opinions as powerfully especially if it's different from others.

Nice women are scientifically proven to earn less than dominant, assertive women. "We found that women aren't aware that more agreeable women are being punished for being nice," said Dr. Biron. "The nice women we polled in our study even believed they were earning more than they deserved. Women who acted 'more male' earned more.... still not as much as their male counterparts though. Likable but poor. Richer but disliked.

Men do not have the same issue with needing to be nice to be liked. In fact, some men have great positions of power with being the complete opposite. Trump is still POTUS despite every horrific thing he's done, Simon Cowell makes circa 100 mill a year crushing hopes and dreams and well, Piers Morgan.

Do nice girls really finish last? Do we need to be more man to succeed? Does this mean we are more likely to be lonely, unpopular and unliked? Are we damned if we do and damned if we don't? 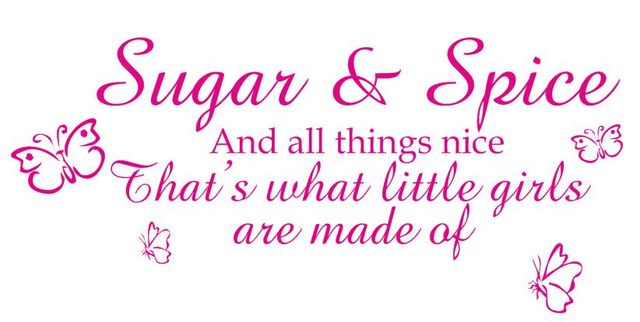 I work to support my avocado habit
Salt

Relocatin' to the USA
Salt
Recent posts from Salt