In celebration of a recent poll that indicated a majority of Americans no longer care what the gender of their boss is, here's a literal transcription of a conversation I had with my four-year-old daughter walking home from school a short while ago:

Because of my work.

You have to ask your boss to leave more early, right?

You mean "he", right? Because bosses are boys.

Nope, my boss is a girl. Do you remember when you went to see the puppet show with the cat in boots (Puss in Boots)?

The girl who watched that with you, her mom is my boss.

Really? I thought she was just a worker!

A co-worker? Yes. She is also my boss. My boss is a girl.

That's cool. Why then was she at a computer?

Where did you think she was supposed to be working?

I thought bosses work in a nice calm place by their self.

You know, girls can also be moms.

That's true. Girls can be moms, and they can be bosses too.

But a lot of bosses are boys.

For the first time since Gallup began measuring Americans' preferences about the gender of their boss, a majority say their boss' gender makes no difference to them. 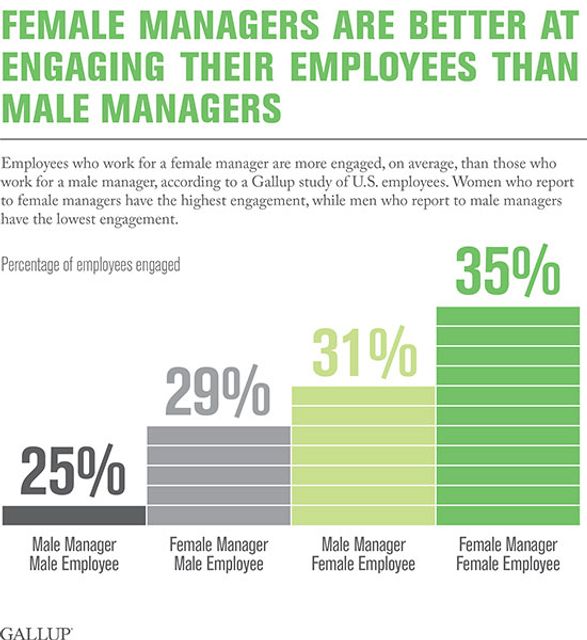 For the *first time* since Gallup began asking the question in 1953, a majority of Americans, 55%, said they have no preference between a male or female boss https://t.co/7TvUHfn46c?

Don't just hand it off // Work hand in hand
Salt