When I first started to explore the Malaysia recruitment market back in 2013, I had my first real exposure to the concept of Shared Services and its impact on recruitment trends in the region. At the time Malaysia was going through a considerable push in this area with many of the usual suspect MNCs driving their global costs down by consolidating resources in areas like Technology and Finance towards hubs around the KL region. At the time I was struck by Malaysia’s role as something of a counterbalance between cost and quality. Clearly, mainstream off-shore locations like Bangalore and Manilla were always going to out-trump Malaysia on cost, but Malaysia certainly had the edge on qualitative factors like subject matter knowledge, language skills and ease of living for expats. At the same time with Singapore coming into its element as a global HQ destination just 300km away, MNCs were always going to fall back on Singapore as a prestige hub as they could far more easily attract world-class talent versus KL. So, Malaysia, or KL specifically, appears to have assumed this mid-range option in the last 5 years or so, which has proven a good track to have adopted in terms of stimulating business growth and job creation in critical areas like Digital.

That said, in the last 2 years, I have seen a number of companies buck the trend. As the ‘Digital Malaysia’ agenda has kicked in, and more companies like Alibaba, Amazon and Facebook have opened operations here, Malaysia has moved one step away from the offshore, cost-point friendly competition with Bangalore and Manilla and one step closer to the prestige, subject matter expert battle with Singapore. Granted we are some way off going head to head, but the level of subject matter expertise and seniority sought, and corresponding openness to expat talent leads me to believe this is the path Malaysia is on for the foreseeable. This is also having a positive, inflation impact on salaries on offer with prestigious digital organisations or for VP or C level appointments in-house – though still at a cost saving to Singapore, yet equally attractive to prospect talent, given how cost base friendly this location actually is. This has given rise to the emergence of the much nobler sounding ‘Centre of Excellence’ (COE) tag being used to brand such hubs, since ‘shared services’ given its connotations just wouldn’t do it justice.

This brings me to my observations regarding the emergence of the ‘next generation’ COE that I have recently encountered in KL. Rather than being based on the seniority of expertise, the next generation component is more based on the novel way in which the business model is implemented. As a case in point, we recently attended a meeting with a global manufacturer that had created its own ‘in-house’ Digital Agency. As with the COE model, this was a separately incorporated entity, leveraging all the standard visa and tax incentives, though rather than being the ‘go-to’, cost friendly hub, this entity actually behaved like a separate business outside the mother ship. They would actually bid and tender for work across all global entities of the parent company requiring digital or creative services and be competitively and objectively assessed as a service provider, along with all manner of external competition. This, therefore, influences the type of people they are looking to hire; not folks looking for an easy ride and guaranteed workflow with internal stakeholders, but folks used to working in a client servicing capacity, that have to strive to keep the client happy and win and maintain the business. Whilst many COE entities would claim they experience this dynamic, this was certainly the first time I had ever come across so extreme a case where service providers within the same company umbrella would have to fight so hard to win business from the 'mothership'.

Malaysia is certainly moving towards being a hub for digital innovation, though it will have a long path to be able to compete with the major players like Singapore. Though as a hub for innovative business models concerning shared services, I believe it is already trailblazing! 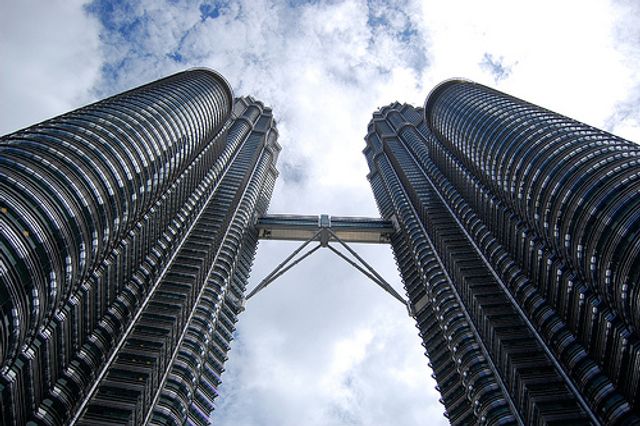