While the headline may suggest a Jessie J inspired post, it was one of my colleagues, Khairul Jaffar that shared an article recently about Visa’s attempts to drive a cashless initiative in Singapore. Singapore is relatively respectable with 61% of transactions in Singapore currently conducted by cashless means, Netherlands was an impressive second with 60%. If you look at these two locations as standalone, you’d be forgiven for thinking that we’re well on our way to a cashless existence.

The reality is that certain nations skew the equilibrium. You can balance Netherlands’ 60% with Greece’s 2% and Singapore’s 61% with Malaysia’s 2%. Extrapolate those numbers across the respective regions and you’ll find that 80% of transactions are still conducted by cash [1].

At times, ditching those wads of bank notes sounds like a no-brainer, so what’s the holdup?

Left a wallet in a taxi for it never to be seen again? Panic stations and a bunch of card issuers to call through to shut things down before being. Wouldn’t it be great to log online and shut everything down? But hold on, you technically wouldn’t have to – your biometric ID is yours and yours alone.

I’ve lived in countries where the largest denomination of note is a paltry £5. Good luck planning a night on the town or an expensive purchase and slipping that wallet into your back pocket. Giving your smartphone a quick wave or a tap on the latest Chanel handbag, far more convenient – if not perilously tempting!

Hold on, I thought this was an advantage? It can be but by now we’ve all heard about data breaches even if our own data hasn't been compromised. For everyone making effort to secure our eWallet, there’s a counterforce that’s trying to go one better and crack the encryption. And if your phone falls into the wrong hands? You can have all the encryption in the world on your eWallet but you've potentially handed someone a key to that kingdom.

I’ve worked in some of the most densely populated cities on earth and phone networks don’t always play nice. No signal to book an Uber at rush hour? Happy New Year’s message going out an hour later? I can’t imagine heading out for my annual last-minute Christmas Eve shopping dash and finding out that I don’t have a signal because everyone else is doing the same. Let’s not forget that with current fingerprint biometrics, there’s still a 1% failure rate.

It’s an exciting direction that we’re heading in, but are the benefits enough to outweigh the risks? It’s human nature to embrace what we know, especially when dealing with something as congenital as cash. Are we really ready to give up something as proprietary as our biometric ID for the convenience offered by a technology with a digital wallet?

And last word of advice to those that do take the plunge… keep that iPhone well-charged! 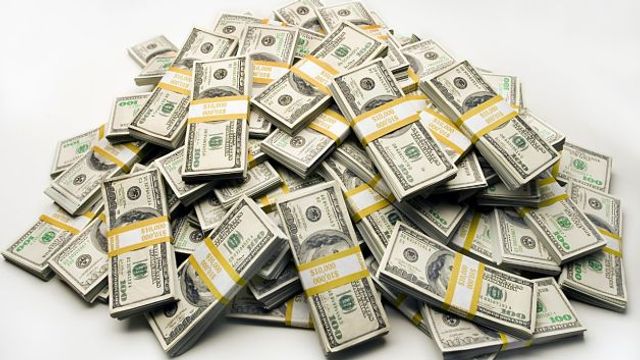 The different types of Sales roles... Which is right for you?
Shalini Balraj
repost  cancel