To take a total sidestep from my usual topics I post, I wanted to highlight that although we face bone chilling terror on the streets, our politics are in turmoil and our European Union partners are squaring up for the Battle of Brexit little was said yesterday about one of the most important and poignant moments in history, one which is hugely responsible for the liberty and freedom we all enjoy today.

With all that has been unfolding this week, many people will have overlooked the importance of yesterday’s date: D-Day.

However, 150 veterans of the greatest military operation in history made the pilgrimage back to the Normandy beaches in memory of their fallen comrades. For them, the memory of June 6, 1944, remains as vivid as ever – even if some of them really can’t be entirely sure where they were this time last week.

All week, towns and villages across Normandy have been festooned with the flags of their saviour’s – Britain, Canada and the USA.

There, as at every other occasion yesterday, the veterans insisted on starting with a minute’s silence for the victims of terror in London and Manchester.

Politicians, take a long hard look at yourselves and be honest when I ask, do you think these people gave the ultimate sacrifice to allow you to bring us to the edge of ruin and should you be proud of the legacy you have formed?

Something also amazing that I imagine not many know about. Along with many others, these veterans had arrived in an iconic London black taxi.

Every year, dozens of London cabbies drive veterans and their families from their doorstep, across the Channel, all over Normandy for several days and back home again without ever turning on the meter.

‘It’s just a way of putting something back and saying thank you,’ said Tony Havis, 57, from Hornchurch, who was driving Joe Dutton, a veteran of 619 Squadron, on this year’s trip.

I also learnt that plans are finally being concluded for the first Normandy memorial to all 21,000 British servicemen and women who died in the battle that led to the liberation of France and, in turn, of the rest of Europe, About time, what took so long?

As well as paying for the memorial, the Libor fund also covers the travel and accommodation expenses of any veteran who wants to return here via the voluntary organization, D-Day Revisited.

This year, the organizers have also helped two US veterans. Having survived the carnage on bloody Omaha Beach, Robert Howard, from Albany, New York, had never been back until this week.

Before embarking for Normandy in 1944, he asked a group of British soldiers to sign one of his pound notes. Rather than spend it, Mr Howard kept it as a souvenir and lucky charm. This week, it, too, has returned in his wallet.

So to the obvious, the less obvious and the unsung heroes of our world from this generation and the those gone by, I say Thank you and will continue to stay strong and make sure your sacrifices and those of your loved ones were not in vain.

Operation Neptune was part of the larger Operation Overlord. The belligerents included the Allied forces, consisting of the United States, the United Kingdom, Canada, Australia, Belgium, Czechoslovakia, Denmark, Free France, Greece, the Netherlands, New Zealand, Norway, and Poland, against Nazi Germany. By late August, all of Nazi-occupied northern France had been liberated from Nazis thanks to Operation Overlord, which started with D-Day. In military terminology, “D-Day” is the day on which any given combat operation begins. Therefore there has been more than one D-Day throughout history, but “Operation Overlord” is the most famous of these. The “D” in “D-Day” does not stand for anything. D-Day was also a turning point in the war, as it led to the total defeat of Adolf Hitler and his regime. Here’s what you need to know about this year’s D-Day anniversary: 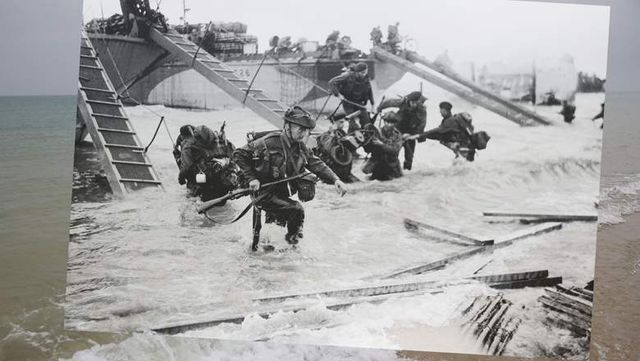 Today marks the 73rd anniversary of the Allied invasion of Nazi-held France on the beaches of Normandy https://t.co/qv9mJCtvcA pic.twitter.com/ZHaMirc52l

#DDay I hope US, UK, Canada, European allies always unite against evil just as we did 73 years ago today. https://t.co/g3rvZxX2ZD

Touchpoints, Tears And Tantrums - Who Is King?
Salt

Failure Is A Sign To Widen Our Scope - Build A life, Not A CV
Salt

The Power Of Autism In A Digital Age
Salt

Are you a Culture Vulture or Dead as Dodo?
Salt
Recent posts from Salt