Last week, I wrote about how chatbots are coming whether we like it or not.  And we should like it!  Because it saves us from saying the same things over and over again.

If given a choice between performing robotic behavior myself or outsourcing to a chatbot, we'd choose the latter every time. It frees us up to do the more strategic thinking or focus our time on higher-impact actions. Meanwhile, the chatbot can have the basic-level conversations with customers, building trust and gathering important data that we can use to serve our customers better later - when we have more in-depth conversations with them to follow up.

The problem:  How to properly design a chatbot?

First, you need to nail down the purpose and audience. Then, be up front about it.

From the get go, users should know that they're talking to a chatbot, and that that chatbot can help them do xyz.  It's not replacing customer service or marketing, it's supplementing by asking the intro Q's.Or the chatbot might be there to provide important information (like the news or weather). Users should know that they can interact - but the chatbot shouldn't pose as a person.

Keep tone and character consistent.
If it's a medical testing chatbot, the tone shouldn't ever be informal or silly. But for Poncho - that's exactly what works best.

Your chatbots' scripts also need to be precise. The automated voicemail message works best when there's exact information and specific calls to action: "Press 7 to save your message."

Here's where a UX Designer (who knows conversational ui) or a UX Writer can come in very handy. Choosing the right words, positioning them in the right order:  that'll make the difference between whether or not users come back to speak with the chatbot again.

Make the chatbot functional first.
You might be tempted to add in natural language processing because that sounds cool, but if you can create the chatbot faster and still serve the purpose by asking "yes" or "no" questions - do that first.You might be tempted to add in lots of jokes; only do it if you've got a comedian writing on your team.Stay focused writing the most important scripts first, and test the bot in every way you can to be sure it won't break.

Set up a person to person interaction.
Ultimately, you will want to connect with the user at some point. Whether that means collecting the customer's phone number or putting the user in touch with customer service, be sure next steps are built in to your script.

If you keep these things in mind when designing your chatbot, you'll be off to a great start.

Another interesting development in the [HR] space is the advent of AI-powered assistants that help streamline the process of seeking jobs and hiring talent. An example is Mya, a recruiting assistant that automates up to 75% of the recruiting process 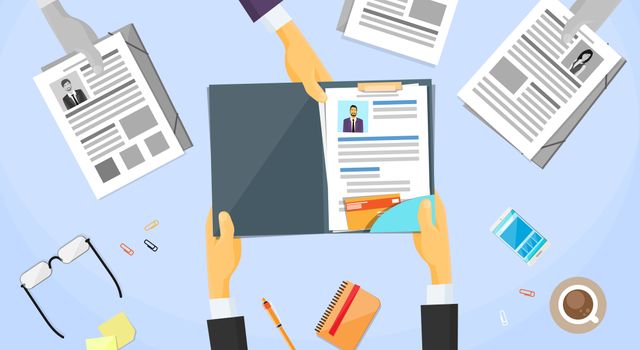 Why Chatbot Design is the Next Branding Frontier https://t.co/NC2Ob6w56x

🎙 Users hire a product to get a job done. @amythibodeau of @shopify explains how interface copy helps them do it. https://t.co/Qryi6uirAQ pic.twitter.com/uuS1M3FUZZ

Don't just hand it off // Work hand in hand
Salt