My team at Salt kicked off the week at 8 am this Monday morning, where we shared not only our goals for the week ahead but also a very tasty selection of pastries.

As the meeting drew to a close, it came to my attention that true to form, I’d managed to once again fail at multi-tasking. By this, I mean that I had not been able to simultaneously engage in conversation with my colleagues and refrain from crumbling pastry all over the boardroom floor.

In a bid to clear up the evidence without those around realising what a pig I was, I quickly bent over and attempted to exonerate myself by brushing the mess under my colleague's chair. Before I could do so, I was interrupted by the karma gods who had punished me for my intended crime by audibly ripping the entire backside out of my jeans, revealing my underwear to a hysterical boardroom.

Given the extent of the damage, there was no way that I could continue the working day without replacing the jeans, so after switching them for a pair of rugby shorts, I headed off for the tube towards Oxford Street where I would replace the jeans for a more durable (bigger) pair.

During my journey to the shops, I couldn’t help but feel surprised and even quite proud of myself for how unfazed, unembarrassed and unaffected I was by what had just happened. Delayed PTSD? Maybe. Colleagues who were too polite to laugh and ridicule, therefore making me feel calm? Definitely not.

I then began to ponder how I would have coped had the exact same thing happened to me during my first year of employment, or even worse, latter years of school. I’m certain that I would not be on my way to buy new trousers in order to return to work swiftly but rather on my way home to stay there and hide… forever.

The difference between me in 2011 and me in 2017 is about 6 years of life experience. This incident was ultimately just another embarrassing mishap in a what has unfortunately been a life full of many. Each time that something like this has happened and the world has not ended, I have been given the gift of perspective, which has allowed me to cope and continue.

All too often, when hiring managers go to market seeking to add new team members, I hear them instructing recruiters using adjectives to describe desirable candidate traits such as “young, hungry and raw”. Now I do not contest that there are lots of scenarios where these traits can be effective, however, it’s becoming more and more rare that I hear hiring managers attributing weight to life experience.

Character could be described as a person’s ability to handle themselves calmly when shit hits the fan. This doesn’t have to be a trouser malfunction. It could be a technology breakdown, or a customer pulling out of a deal at the last moment, or a deadline being brought forward without notice.

People who have been there, seen it and survived it bring valuable experience and it's therefore foolish to overlook them. 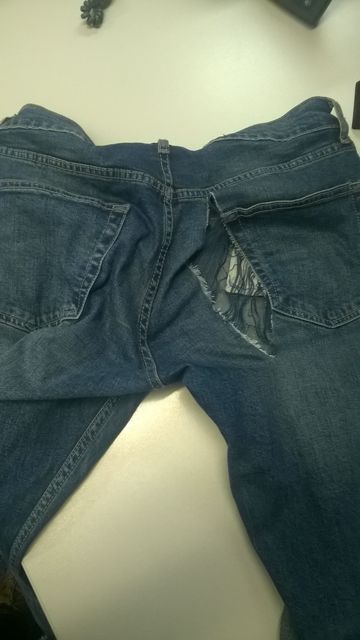