In 2017 Japan’s Crown Prince Naruhito was bold enough to come forwards with a major compliment ahead of his state visit to Malaysia.

His point was that Malaysia’s success is based on its diversity and tolerance, and the country can be a model for a world faced with conflicts. In many respects, therefore, a great example to the world in terms of social and cultural advancement.

“Diversity and tolerance are the words that come to my mind in describing my image of Malaysia today,” he said. The country has generated energy and unity as a nation while the people of Malay, Chinese and Indian roots have come to respect each other’s differences and coexisted”...

To me, as an expat in Malaysia for the last 4 years, this seemed a perfectly valid observation, especially as someone, who has chosen this location as a home for similar reasons. Yet, I found the response to this well-earnt accolade from the Malaysian public itself rather muted on the subject – after all this observation came from the first in line to the throne from one of the most developed countries in the world!

The fact is, Malaysia has, for some time and still is, bogged down by a tide of negative self-perception. As a country, Malaysia seems shackled to the unrealistic comparisons of Singapore and even South Korea in the ongoing Asian Tiger competition. A raft of incidents and allegations relating to corruption have further compounded matters and seems to have left an indelible cloud of self-doubt despite remarkable economic performance – a 4-5% annual GDP growth for the last decade or so should surely put pay to this – not where Malaysia is concerned it seems.

My view is this issue is not backed by fact, but by more by the power of perception, which is further fuelled by rather artificially negative press coverage both locally and internationally. Granted, a weaker Ringgit to the US and Sing dollar have enhanced the sense of economic victimization, but as a collective, business leaders, politicians and the media need to make a conscious decision to ‘bang the drum’ for Malaysia and actually share the enthusiasm and belief in its future economic and social opportunity as expressed by the Japanese envoy referred to above…

So what do I think of Malaysia?...

How can I put this more clearly – Malaysia is quite simply, a fantastic country!

Let’s start with some socio-cultural factors:

What about Malaysia as a place to live:

And what about economic outlook?

So based on my absolutely honest outlook on this country, it seems I do in fact share the same outlook as Prince Naruhito! Sadly, however, I do expect many Malaysians will disagree with me.

As an eternal optimist, I believe 2 things:

There are challenges in Malaysia for sure. It’s not perfect and I appreciate for some, the economic growth I am referring to seems to have left them behind and society needs to work on how to fix this emerging gap.

But for now, the future’s wonderfully bright… 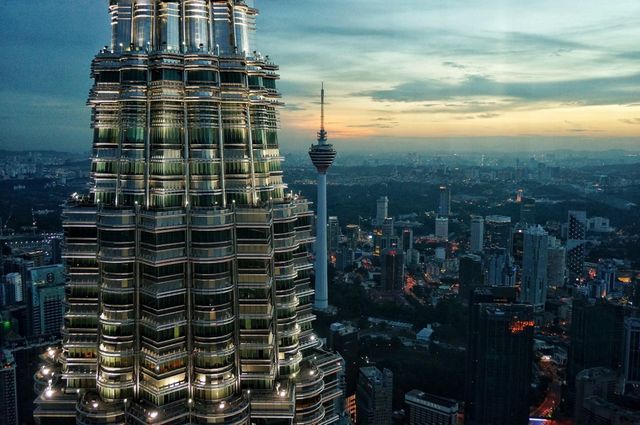