Pokémon Go is all people seem to be talking about recently. When it was released in the US but over here in Europe we had to patiently wait, people were finding any way possible to download it. Now it has been released you cannot walk down the street without seeing people trying to catch a Pokémon or battling it out at the gym.

What is so special about Pokémon Go?

Well although augmented reality has been around in various forms for years this is the first time that it has been created as a game that is available to the masses on such a large scale. For the less savvy of us, what is it? In simple terms it is a technology that superimposes a computer-generated image on a user’s view of the real life creating a merged world. The concept is mind blowing and pretty exciting as this will create an unparalleled future of opportunities, for example brands around the world have the potential to fully emerge themselves in a customer’s life. Imagine your Nike and you could allow people to try on a pair of computer generated pair of trainers in real life? And then even purchase them?

What does this mean?

Although the concept of augmented reality has the potential to unlock many exciting opportunities I wonder about the implications. I get frustrated when people have their phones on the table, it is a pet hate that people sit and text, scroll through Instagram when we could be having actual human interaction. Pokémon Go has literally created a mass of zombies, people walking around the streets with their heads down and bumping into each other, there was even the person who fell in a lake. It is limiting human interaction and making people less aware of their surroundings, although we cannot completely blame Pokémon Go for that after all they do warn you!

Frustrations aside there is obviously the demand for this kind of technology and I can’t wait to see how brands start to ingrate augmented reality into their marketing strategies.

Unless you’ve been stuck inside a Pokéball all week, you’ll know that Pokémon GO is taking over the planet. The new app uses augmented reality to superimpose digital ‘pocket monsters’ (Pokémon) over the real world, displayed on your smartphone screen, which you catch at specific locations or PokéStops. 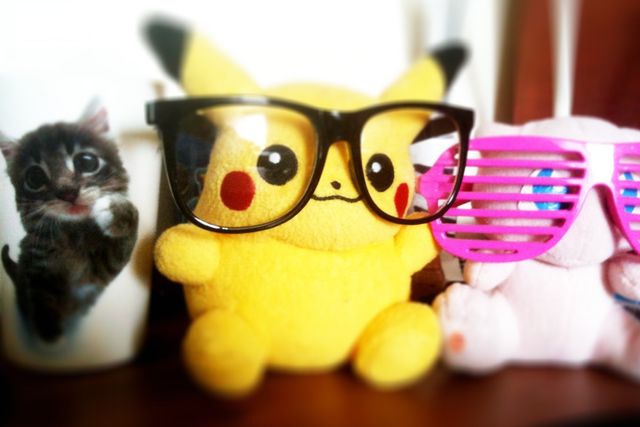 There's a scientific reason people are so obsessed with 'Pokémon GO' https://t.co/5N8n6AJQA7

Science explains why you're addicted to 'Pokémon GO:' https://t.co/9Yg8Eiaifq pic.twitter.com/Cp5h7AFi23

The Sound of Music; how music impacts the work environment
Salt

Does emotion have a place in business?
Salt

What is normal? Who knows…
Salt
Recent posts from Salt