We will all have heard of the collapse of BHS a former institution of the British high street that has recently hit troubled times. I assumed it was just that consumers (you and I) had decided to go elsewhere or that the former regulars had moved on to pastures new.

Is this a story of greed and desire? Another example of adopting digital too late? Or just how to run a successful business in this day and age takes flexibility, patience and very deep pockets?

British Home Stores was founded in 1928 by American entrepreneurs who wanted to follow the successful model set by Woolworths (i know the writing was on the wall...) They did not want go into direct competition with Woolworths, so set their highest price at a shilling (5p today). The first store opened in Brixton, but by 1929 the price limit had been lifted to five shillings to allow for the business to offer more goods.

The business expanded by opening further branches, all offering small cafeterias and grocery departments, and in 1933 the business went public. After the war, the business continued to grow, and by the end of the 1960s had 94 stores nationwide.

Jump forward to the year 2000 and Sir Phillip Green takes the business over and turns it private. Admittedly he had the guts and vision to do the deal and make the business a success but then on from a simplistic pov he seemed to systematically drain the life out of the business until it was almost run dry. Then welcomed someone new to come in and strike the final blow.

But its OK. DC is on his boat in the Caribbean weathering the storm from a safe distance.

Chappell paid himself a salary of £540,000, according to accounts at Companies House. He also bought two yachts and a new Range Rover, and took holidays to the Caribbean and the Alps. According to sources, he has been in the Caribbean since the business’s collapse became public. The accounts show his investment vehicle Retail Acquisitions “borrowed” £8.4 million from BHS after the takeover to cover “professional fees” and other costs. However, it later emerged that Chappell paid £1.3 million to a company linked to his father to pay off a mortgage on Chappell senior’s house. According to The Guardian, more than £25 million may have been taken out of BHS since the new owners bought it. 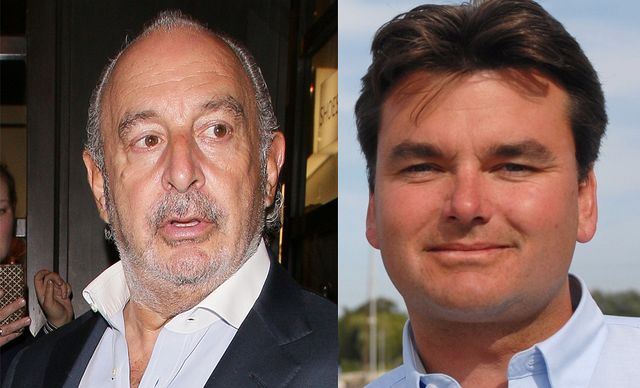 Touchpoints, Tears And Tantrums - Who Is King?
Salt

Failure Is A Sign To Widen Our Scope - Build A life, Not A CV
Salt

The Power Of Autism In A Digital Age
Salt

Tough times - Lest We Forget And Salute Our Heroes
Salt