Adobe is the entrenched, monocle-wearing monopoly man when it comes to design.

The level to which Adobe's Creative Suite of programs has controlled the design world has been insane, with few competitors ever making a dent, and the majority of alternatives being sub-par to say the least.

That, however, has changed. The world moved on. Startups found their feet. The most notable of these upstarts being, in my opinion, Marvel.

Cheap, slick and constantly evolving, whilst being built by designers for designers, it's a great piece of kit with a huge amount of potential.

Somewhat late to the UI/UX design party comes Adobe with XD, their platform aimed squarely at the cutting edge of design.

The questions, then, are how much will it cost, is it too little too late, and will Adobe's grip on the design world start to slip?

I'm really keen to hear from you on what platforms you use right now, and if you'll be sticking with Adobe when it comes to UI and UX design. Show off your tools!

Adobe has been teasing a state-of-the-art User Experience (UX) design and prototyping tool under the name Project Comet, seemingly forever. It is finally ready to take the covers off and release a public preview of the tool, which has been christened Adobe Experience Designer CC (XD for short). Rather than positioning it to completely replace any of its existing tools for developers, Adobe is carving out a new niche, with XD providing an easy-to-use, lightweight, application for UI and UX designers to create and wire together interfaces for the Web, desktop, and mobile platforms. 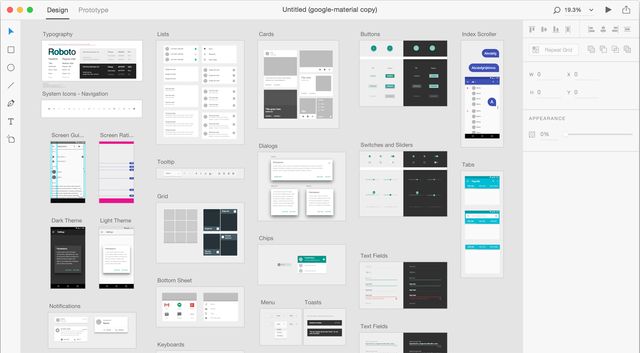 The New Instagram Logo - Bit of a Rant
Salt

Ditch Everything - The only UX Guide you need, is an App
Salt