Big brother watching over everything that you do is a feeling that we all love is what no-one ever said. From the bank, to the government to the IT department at work and even your friends on Facebook. But developments in our ability to track and monitor something's have to be beneficial, right?

The obvious intrusion of CCTV being everywhere now seems to be something that we have resigned ourselves to. In fact, id even gonas far as to say that we almost take for granted that there probably is a camera watching us more often than not. And the "soft" intrusions, such as the way that marketing companies track your brand loyalties and preferences through loyalty cards. All seem to have gotten used to that don't we?

But here is one that, as a parent, I think I like. Importantly I think that the subjects of the tracking system would even like it. This GPS device is designed to let parents track their kids. It's a good idea I think. It also alerts them when they have strayed beyond their boundaries with a vibrate.

Surely tech advances like this actually make our kids feel less like they are being wrapped up in cotton wool. And maybe they give parents who are just a little protective that feeling of security to let slightly older kids fly a little further from the nest?

As a father to a 10 and 6 year old I think it's great. I'm absolutely going to be asking my eldest child what she thinks of it. The younger one can stay wrapped up in cotton wool. 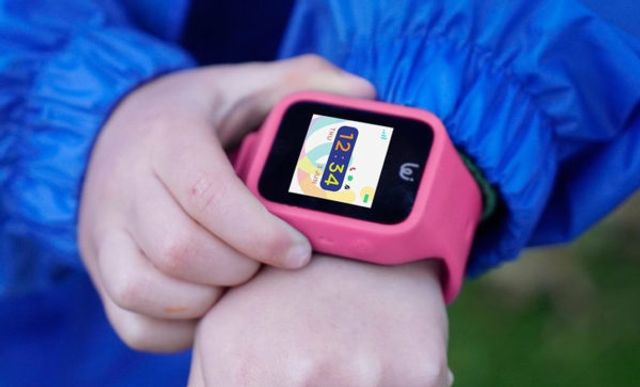 What Bill Gates, Tony Robbins, And Other Famous Dads Read To Their Kids https://t.co/15akaSPMXE

The favorite bedtime stories of @BillGates, @TonyRobbins, and other influential dads: https://t.co/retJDbU9Gm

I wrote about 8 books for kids who are obsessed with robots for @Fatherly https://t.co/BWi0Txj2vY

Don't know whether this is genius or insidious, but I certainly DO like the prospect of a "Get Dad a Beer" app. https://t.co/PBIHpsma0a

Virtual Reality and Artificial Intelligence at Davos and Salt
Salt

A decade later, how the iPhone changed the world
Salt

And you thought that Tesla was amazing?
Salt
Recent posts from Salt